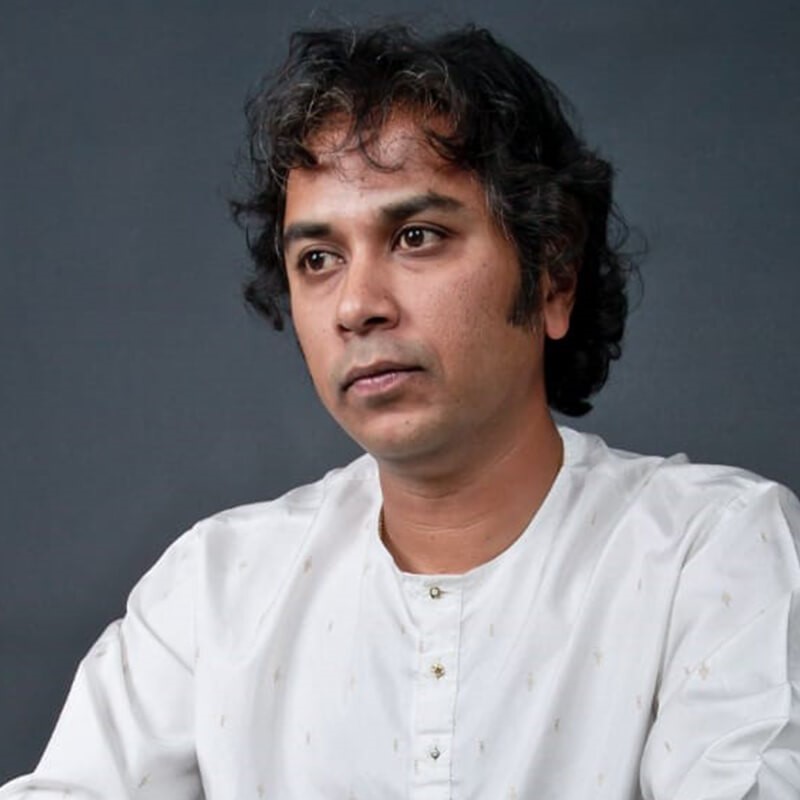 Abhiman Kaushal is an outstanding exponent of tabla. Belonging to an illustrious lineage, he was initiated by his father, R B Kaushal, who was a disciple of the legendary Ustad Amir Hussain Khan. Later Abhiman became a direct disciple of highly revered Ustad Shaik Dawood and Pandit B Nandkumar of Hyderabad, India.

Abhiman has performed with most of the prominent artists of Indian classical music
globally. He has numerous recordings which have been received with high acclaim.

White Sun II, an album on which Abhiman was a featured percussionist, won a Grammy award under the New Age Music category. Some of his other noteworthy recordings have been Passages, with Ravi Shankar and Philip Glass, and Delbar/ Saffron, with Ustad Shujaat Khan and Katayoun Goudarzi, that was short-listed for a Grammy.

Abhiman Kaushal is renowned for the vivid tone he elicits from the tabla, his articulate performances, and command of both traditional and progressive rhythmic compositions. His talents and achievements have led him to become Director of Tabla at UCLA’s Ethnomusicology Department, where he trains a large and diverse student body.