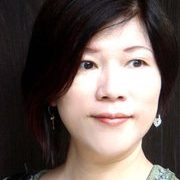 Tung Shen’s research interests are mainly on the music history and music theory of ancient China. Her book New Thoughts of the Musics and Dances of the Tang Dynasty (published by Peking University Press, 2004) has been influential among researchers. Since 2011, she started new studies on composer Zhou Lan-ping and mandarin popular songs, 1950-1970. She published Musical Recollection in Formosa: The legend of Zhou Lan-Ping and Four Seas Records (published by National Taiwan University Library, 2013), accompanied by various music activities including concerts, record appreciation and films appreciation, and the second book, The Turmoil and Paradise in Mandarin Popular Music of Post-war Taiwan was published
shortly after. In the past years, she has published more than 50 journal and conference papers, some of them are considered to be of great importance.

She believes that the ultimate goal of academic research is to make contribution to society and to serve the public. As popular music is rooted in the mass, popular music research should especially be connected to the public. Therefore, in addition to writing papers, she actively organized academic activities listed below: